When he was 18 he brought a telescope and was clearly interested in astronomy however his parents persuaded him to run their draper business in the City of London.  This he did from 1842-1854 when he sold the business and moved to Tulse Hill on the outskirts of London and built an observatory with an 8 inch refractor. 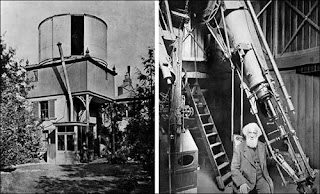 He married Margaret Lindsay, daughter of John Murray of Dublin, who also had an interest in astronomy and scientific research. She encouraged her husband's photography and helped to put their research on a systematic footing. 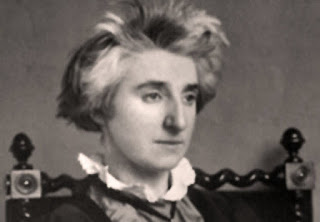 He would become a pioneer of spectroscopy and designed a spectroscope and started observing spectra of the Sun, Moon, planets and bright stars.

On 29 August 1864, Huggins was the first to take the spectrum of a planetary nebula, NGC 6543. He was also the first to distinguish between nebulae and galaxies by showing that some (like the Orion Nebula) had pure emission spectra characteristic of gas, while others like the Andromeda Galaxy had the spectral characteristics of stars.

Huggins was also the first to adopt dry plate photography in imaging astronomical objects. Dry Plate is also known as gelatin process, is an improved type of photographic plate.