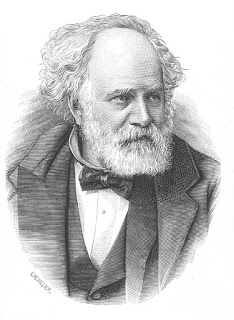 He was nothing if not adventurous and attempted to observe the solar eclipse of 22nd December 1870. He was trapped in Paris at the time during the Franco Prussian war.  He escaped in a balloon to watch the eclipse but sadly the weather was poor.