Delta Cephei
John Goodricke was an incredibly gifted young astronomer living in York in the late 18th century, together with Edward Pigott they would go on to become the “Fathers of Variable Star Astronomy”. All this and Goodricke was deaf, unable to talk and would die before his 22nd birthday. 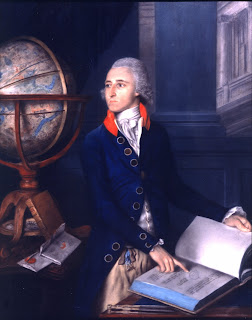 He had already explained the light variations of the star Algol in Perseus and discovered that Beta Lyra was a star varying in brightness.

On October 19th 1784 Goodricke started to observe Delta Cephei in the constellation of Cepheus (the King) and on October 23rd the indefatigable Goodricke was convinced that that star was varying in brightness. This star is of immense importance to astronomers today, Cepheid variable stars are  used today as distance markers because they allow astronomers when locating Cepheid variables in galaxies to determine how far away they are. Goodricke could of course never know of the importance of this star. 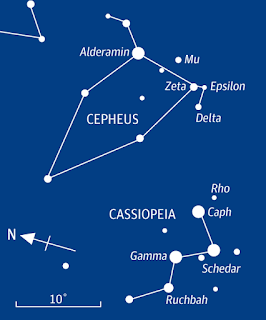 These discoveries were due to his complete knowledge of the locations of stars in the sky by continuously observing the night sky.

Although Goodricke he did not know it his short life was nearly over, he died on the 20th April 1786 probably from pneumonia caught while observing the night sky. During the 1780s the river Ouse in York regularly froze over for up to 6 week each year giving an indication of how cold it was. He was made a fellow of the Royal Society a most prestigious honour for someone so young. Sadly he died two weeks before that letter arrived so he never knew of that honour.