The constellation of Cetus which in mythology represented the sea monster sent by Neptune to eat the princess Andromeda has today become a harmless whale.
It is a large constellation the only bright stars being alpha whose name is Menkar at magnitude 2.5 and beta whose name is Diphda is somewhat brighter at magnitude 2.0. It has been suggested that Diphda is variable possibly explaining why it is brighter than Menkar. However Cetus is host to one of the most celebrated stars in the sky. This is omicron ceti or to use the name is best known as Mira the Wonderful.

Mira has a long history. It was first seen by the Dutch astronomer David Fabricius in 1596 who recorded it as being of the third magnitude.  A few weeks later it could not be seen. Johann Bayer the German astronomer who labelled the stars in the constellations using the Greek alphabet gave Mira the designation of omicron in 1603. It soon vanished from view again. Apart from a supernova, Mira Ceti was probably the first star discovered that changed in brightness.

Astronomer observed that Mira appears and disappears with reasonable regularity. It reaches a maximum brightness about every 331 days. It was the celebrated Polish astronomer Hevelius who drew lots of new constellations in the night sky that we still use today who suggested because of the bizarre nature of the star that it was called Mira the Wonderful. A name we still use today.

Mira can become as bright as about magnitude 2.0 then fading down to magnitude 10 when even binoculars will net allow you see it. The periods are never exact and the maximum brightness can vary from 1.7 to as faint as 4.0. If it becomes particularly bright it will completely change the outline of Cetus and on occasions Mira has been known to trigger reports of a nova in Cetus. 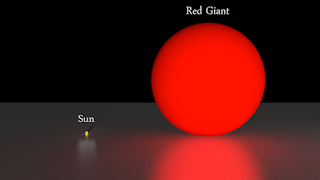 Mira is a red giant star approaching the end of its life. It is about 350 light years away and about 700 times the size of the Sun. It is the prototype star for a whole class of several thousand Mira type variable stars.