Michael Mastlin was born on the 30th September 1550 at Goppingen in Germany. He was professor of astronomy and mathematics at Tubingen University. 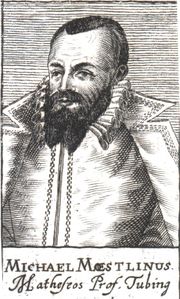 He taught Johann Kepler, he also observed the great comet of 1577 and suggested it was beyond the Moon.  He also discovered a comet in 1580. 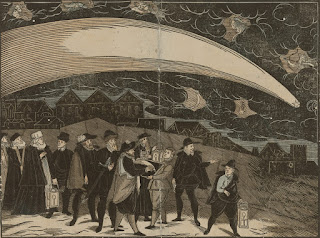 He explained what the ashen light from the Moon was. Today we call it Earth Shine. 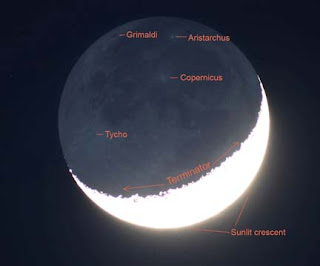 He was one of the first European astronomers to observe the Supernova in Ophiuchus in 1604. He died on December 20th 1631.
Posted by Astrognome at 02:25