Alfred Tennyson, 1st Baron Tennyson was born on August 6th 1809. He would go on to become Poet Laureate during much of the reign of Queen Victoria. He is one of the most popular of British poets. 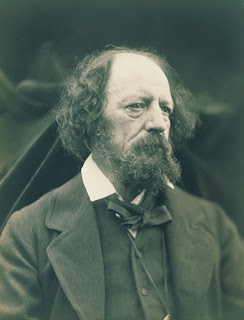 He also had an interest in astronomy!

Astronomy was a significant and positive muse for Tennyson that enabled him to explore questions of faith, doubt and immortality.  In his ‘Locksley Hall’ (1837-8), Tennyson describes his own experience of astronomical observation. He tells the reader how ‘Many a night from yonder ivied casement, ere I went to rest / Did I look on great Orion sloping slowly to the West’. He also writes ‘Many a night I saw the Pleiads, rising through the mellow shade.

He also owned  a small telescope that he used to look at the night sky. He knew many well known astronomers including Charles Pritchard, Savilian professor of Astronomy at Oxford University and Norman Lockyer who built a solar observatory, discovered Helium and was the first editor of the Nature magazine.