The weather today is pretty miserable with lots of rain however on this day in 733 the weather must have been much better because an eclipse of the Sun was seen from England.

The Anglo Saxon chronicle tells us that on this day King Ethelbald of Mercia, which covers the modern day area of the midlands in England captured the manor at Somerton which is in south Somerset and all the disc of the Sun was like a black shield. 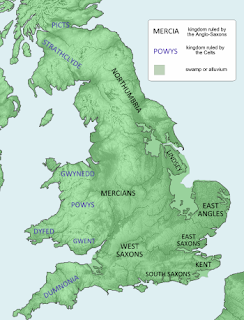 The eclipse was also seen in Europe, the Chronik der Seuchen tells us that "one year after the Arabs had been pushed back across the Pyrenees after the Battle of Tours the Sun was so diminished as to excite universal terror"

The eclipse was an annular eclipse and at maximum only 2.5% of the Sun was showing. An annular eclipse occurs when although the Moon is directly in front of the Sun it is a little bit further away from the Earth meaning it appears slightly smaller and therefore cannot block out all of the Sun. The tern Annular comes from the Latin Annulus meaning 'Ring'. 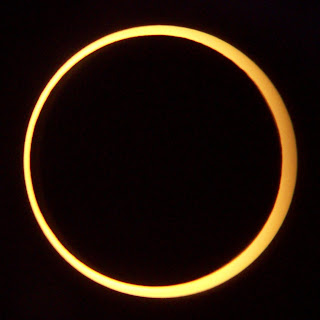