Mira
I often refer to John Goodricke and Edward Pigott of York as being the ‘Fathers of Variable Star Astronomy’ which they are, but the first variable star to be discovered was found nearly 200 years before them.

The Dutch astronomer David Fabricius saw a star in the constellation of Cetus the Whale he recorded it of being of the third magnitude, which means it is quite easy to be seen with the naked eye, this was of course was in the days before the telescope had been invented. A few weeks later he could not find it! 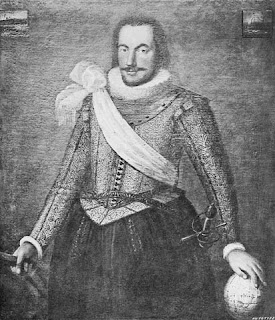 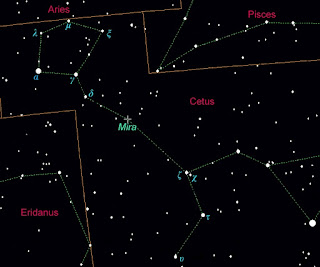 In 1603 the German astronomer Johann Bayer who was producing his Uranometria star atlas recorded it slightly fainter at the fourth magnitude and gave it the Greek Omicron. Bayer allotted the brightest star in each constellation the Greek letter alpha followed by beta the next brightest star  and so on until omega. We still use this system today. 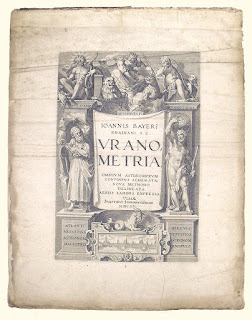 It then vanished again, it was not until 1638 that the Dutch astronomer Johann Holwarda recognised that the star omicron ceti became bright every 331 or so days. Sometimes it can become as bright as  Polaris the North Star while at its faintest it drops sown to the ninth magnitude and is a test to find it in binoculars. 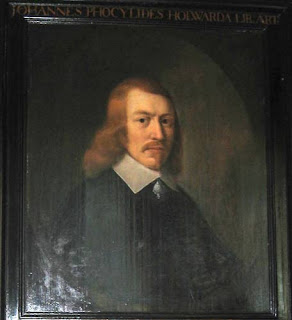 Omicron Ceti is the prototype star for a large class of these so called long period variable stars. These are large red giant stars approaching the end of their lives.

This was the first time astronomers had seen a star change in brightness and they were amazed.  They called omicron ceti, Mira which means “The Wonderful Star”.
Posted by Astrognome at 05:58