On the night of August 12th/13th the Earth will pass through the stream of dust left by a comet, we will see lots of shooting stars or meteors. This is the Perseid Meteor shower.

Shooting stars have nothing at all to do with stars they are tiny grains of dust, which burn up as they enter the Earth's atmosphere. They can be seen on any clear night of the year. However when the Earth passes through a stream of material left by a comet we see lots of meteors this is a meteor shower. The Perseid meteors are so called because they all appear to come from the constellation of Perseus. This  meteor shower is connected with comet Swift Tuttle, it was discovered in 1862. The comet was approaches the Earth every 130 years and was last close to the Earth in 1992 , it will return again in 2125.

It is possible to see meteors a few days either side of Aug 12/13 but this is when most meteors will be seen. If you look up into the sky after 11.00 pm you will be unlucky not to see at least one Perseid. They only for a fraction of a second so you have to be quick, you can look in any direction, Perseids are usually bright and white in colour.


The Perseid meteor shower has a long history, having first been recorded by the Chinese in 36 AD.

In 258 AD, a Christian called Lawrence promised the Roman emperor Valerian all the wealth of the Empire. Valerian thought he meant gold and silver, while Lawrence meant that the poor and sick people of the Empire were its wealth. Valerian took a dim view of this and had Lawrence roasted alive. The following night the Perseids came through exactly on schedule and people who saw this believed these were tears from heaven. Later Lawrence was made a Saint; hence the old name for the Perseids was ‘The Tears of St Lawrence’. 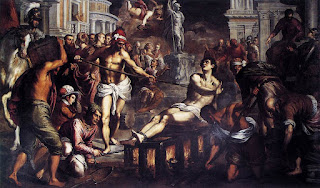 In 1535 the French explorer Jacques Cartier was exploring the land we now call Canada. In August of that year he arrived at a very large river. The Perseids were coming through as usual, and as Cartier knew the story, he called the river after St Lawrence. 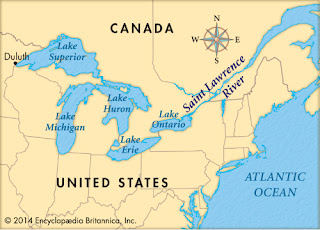 Good Luck with your meteor watching!!
Posted by Astrognome at 08:39