On December 7th 1979 Cecilia Payne Gaposchkin died she was one of the greatest of all women astronomers .


Cecilia Helena Payne-Gaposchkin(1900-1979) was a British-born astronomer who became an authority on variable stars and the structure of the Milky Way Galaxy. She was one of the first women to advance to the rank of professor at Harvard University and the first woman to head a department there.

Cecilia Helena Payne was born May 10, 1900, in Wendover, England. She entered Cambridge University in 1919. As a woman in the field of astronomy, Payne met with many obstacles. A prominent professor, Ernest Rutherford, whose work helped reveal the structure of the atom, made fun of Payne as the only woman in his lectures, making the male students laugh. Although she felt intimidated, her love of astronomy ensured her success. She became a friend with young British astronomer Arthur Stanley Eddington, who took her on as a tutorial student. Eddington went on to pioneer in the investigation of the internal structure of stars. 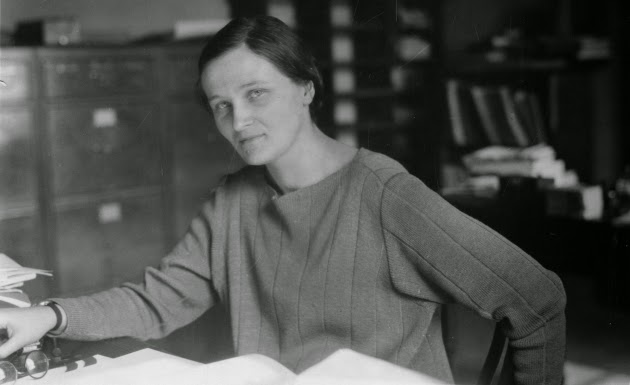 Payne completed her studies at Cambridge in 1923, earning a B.A. degree in 1923. Since at that time a woman could only earn “the Title of a Degree,” Payne sailed  to the United States in 1923 to seek greater opportunities. That year, she began studying at Radcliffe College, a private liberal arts college for women in Cambridge, Massachusetts, with close ties to Harvard University.

Not long before Payne came to America, the director of the Harvard College Observatory, Harlow Shapley, had started an astronomy program to encourage women to study at the Observatory. She was the second student to study at the observatory. Payne worked extensively at the Observatory, and Shapley became her thesis adviser. In two years, she earned a Ph.D. degree in astronomy from Radcliffe, the first doctorate awarded for research at the Harvard Observatory. Harvard had not yet established a doctoral program in the field. She also became the first woman to receive a doctorate in astronomy from Radeliffe.

Her work dealt with atmospheres of stars. She submitted her Ph.D. thesis—which became the book Stellar Atmospheres —-to Radcliffe College in 1925. Ukrainian-born American astrophysicist Otto Struve called Payne's dissertation “undoubtedly the most brilliant Ph.D. thesis ever written in astronomy.” Struve, who contributed much to the study of stars, was known chiefly for his investigations of the spectra of stars.

From 1927 to 1938, she worked as Shapley's technical assistant at the Harvard Observatory. Shapley often kept Payne from using new electronic equipment, and he was responsible for keeping her name out of the Harvard or Radcliffe catalogs. She learned years later that he paid her salary out of “equipment expenses.” In 1934, the American astronomer Henry Norris Russell referred to Payne when he wrote that the best candidate in America to be his successor at Princeton University “alas, is a woman!” Russell was highly influential in the growth of theoretical astrophysics in the United States and was director of the observatory at Princeton University from 1912 to 1947. Neither Harvard nor Princeton would have considered a woman faculty member.

Also in 1934, Payne married Russian-born Harvard astronomer and astrophysicist Sergei Gaposchkin. They worked together on many variable star projects.

Payne-Gaposchkin's work at Harvard College Observatory remained unofficial and unacknowledged. None of the courses she taught at Harvard were listed in the catalog until 1945. In addition, she saw how women did the grunt work in her field. In the back rooms at the observatory, women laboured over the computations needed to measure star locations and catalog volumes of other scientists' results. Some of them had begun with high science talent, but had been discouraged in their efforts. They could lose their jobs if they married or if they complained about their low salaries.
Finally, in 1956, after a 31-year wait, Payne-Gaposchkin received the title of tenured professor of astronomy at Harvard, a position she held until 1966. She was the first woman to become a fully tenured professor at Harvard. At the same time, she became the first woman department chair, heading Harvard's Department of Astronomy from 1956 to 1960. Her own struggles as a woman in a field dominated by men helped Payne-Gaposchkin become a strong supporter of young women students.

Payne-Gaposchkin's accomplishments in astronomy were numerous. She discovered the chemical composition of stars. In particular, she discovered that hydrogen and helium are the most abundant elements in stars and. therefore, in the universe. She also determined stellar temperatures. She learned these things from detailed study and analysis of the spectra of high luminosity stars.  This involved analyzing light from stars in distant galaxies by passing it through a prism, which broke it up into a rainbow like band of colours called a spectrum. At one end of the spectrum of visible light is red, the colour with the longest wavelength (distance between successive wave crests). At the other end is violet, which has the shortest wavelength. The spectrum of light sent out by any star has bright and dark lines that indicate the composition of the star's outer layers and atmosphere. The astronomers then compared the spectra of the light from the stars in the distant galaxies with spectra of similar stars in our home galaxy, the Milky Way.

The observations and analyses of variable stars made by Payne-Gaposchkin and Gaposchkin laid the foundation for all following work on variable stars and their use for clues to the structure of stars. Variable stars are stars that change their brightness. There are four main types: (1) pulsating variables, (2) exploding stars (also called cataclysmic variables), (3) eclipsing binaries, and (4) rotating stars.

Pulsating variables change in brightness as they expand and contract. They pulsate every few days to every 100 days. One type of pulsating variable is the Cepheid. Astronomers also call these stars Cepheid variables because they discovered the first one in the constellation Cepheus. Payne-Gaposchkin and other astronomers could tell the distance to Cepheid variables by comparing the apparent brightness of the stars with their luminosities. The discovery that other galaxies are distant systems that are not part of the Milky Way was made by observing cepheids.

Exploding stars burst unexpectedly with such tremendous energy that they hurl huge amounts of gas and dust into space. One type of exploding star Payne-Gaposchkin studied is called nova, plural novae. These stars become thousands of times brighter than normal. This brightness may last for a few days or even years, and then the star returns to its dim appearance. Some novae explode again and again. Another type of exploding star, called a supernova, is thousands of times as bright as an ordinary nova.

From 1966 to 1979, Payne-Gaposchkin remained an emeritus professor of Harvard, and from 1967 to 1979 she was a staff member of the Smithsonian Astrophysical Observatory. She wrote many academic books and textbooks, as well as the popular Stars in the Making (1952) and Stars and Clusters (1979). For 20 years, she edited the publications of the Harvard Observatory, including the journals Bulletin, Circular, and Annals, as well as books that appeared under the title of Harvard Monographs.