Gerard Kuiper was born in the Netherlands in 1905 and was educated at Leiden University as an astronomer with a doctoral dissertation on binary stars. He went to the United States in 1933 and obtained American citizenship in 1937. He is best known for suggesting that there is an asteroid belt beyond Neptune. This is the area of the solar system we now call the "Kuiper Belt". 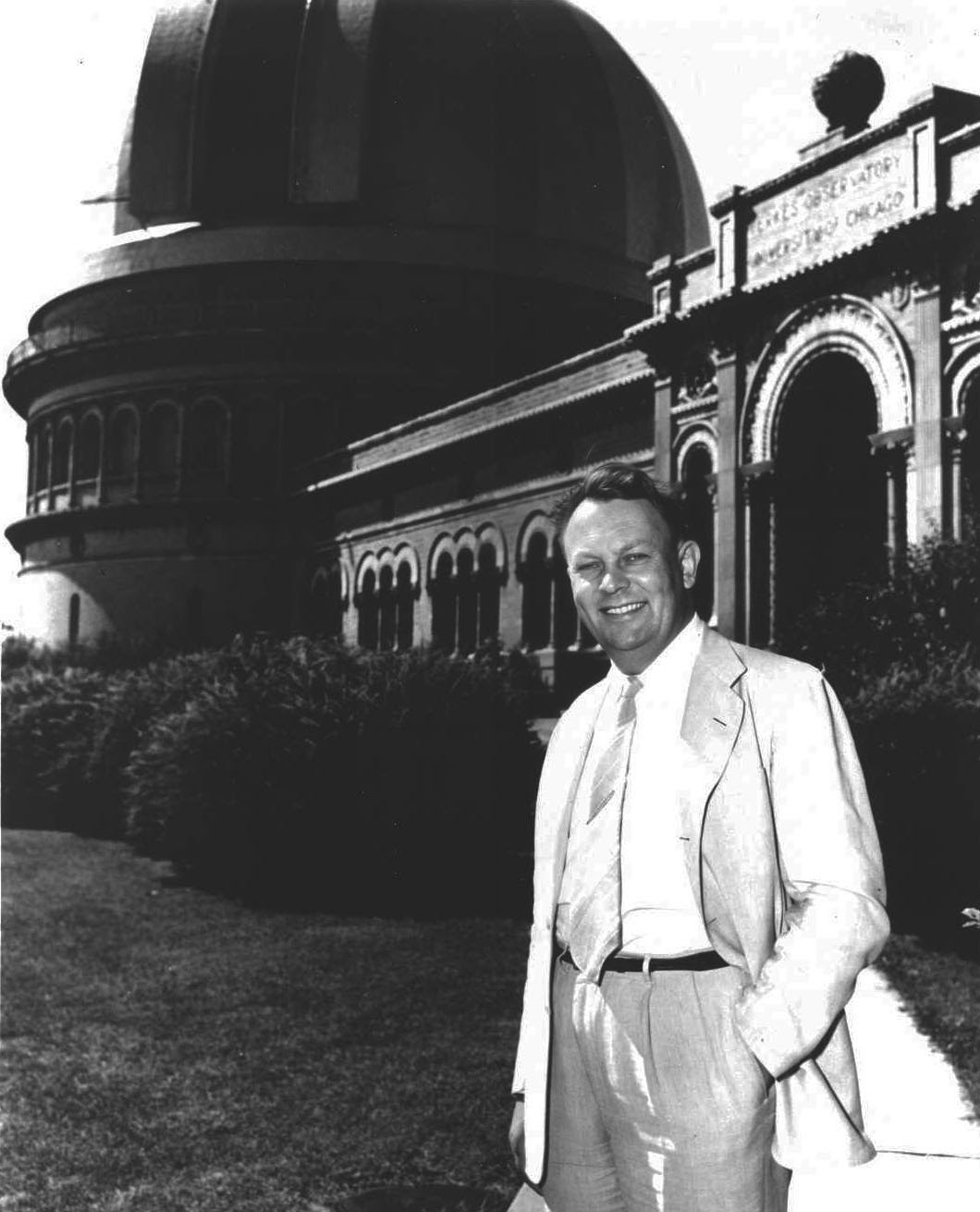 Gerard Kuiper is regarded by many as the father of modern planetary science. He is well known for his many discoveries, including:

•1947: He correctly predicted carbon dioxide is a major component of the atmosphere of Mars.
•1947: He correctly predicted the rings of Saturn are composed of particles of ice.
•1947: He discovered Miranda, the fifth moon of Uranus.
•1949: He discovered Nereid orbiting Neptune.
•1949: He proposed an influential theory of the origin of our solar system, suggesting that the planets had formed by the condensation of a large cloud of gas around the sun.
•1951: He proposed the existence of what is now called the Kuiper Belt, a disk-shaped region of minor planets outside the orbit of Neptune, which also is a source of short-period comets.
•1956: He proved that Mars' polar icecaps are composed of frozen water and not of carbon dioxide as they had been previously assumed.
•1964: He predicted what the surface of the Moon would be like to walk on -- "like crunchy snow". This was verified by astronaut Neil Armstrong in 1969.

His work laid the foundation for the spacecraft missions of the late 20th and early 21st centuries.
Kuiper played an influential role in the development of infrared airborne astronomy in the 1960s and 1970s. In 1967 the NASA four engine jet Convair 990 aircraft with an onboard telescope became available for infrared studies at an altitude of 40,000 feet. He used it extensively for spectroscopy of the sun, stars, and planets, discovering things about them that could not be found from ground-based observatories.  In 1974 The Kuiper Airborne Observatory was named in his honour.

Gerard Kuiper died in 1973 from a heart attack while on holiday in Mexico. He was 68.