The Mars Today pod part of the Astrognome`s Mars exhibition can be seen at the European Space Agency`s Education centre in the STEM centre at the University of York from October 1st until the end of November.

This pod shows a Mars rover exploring the surface of the planet against a painted back- scene of the Martian surface. Watch a film of NASA`s Curiosity rover as it explores Mars. In addition to the graphic panels much more information can be  found on touch screen computers. 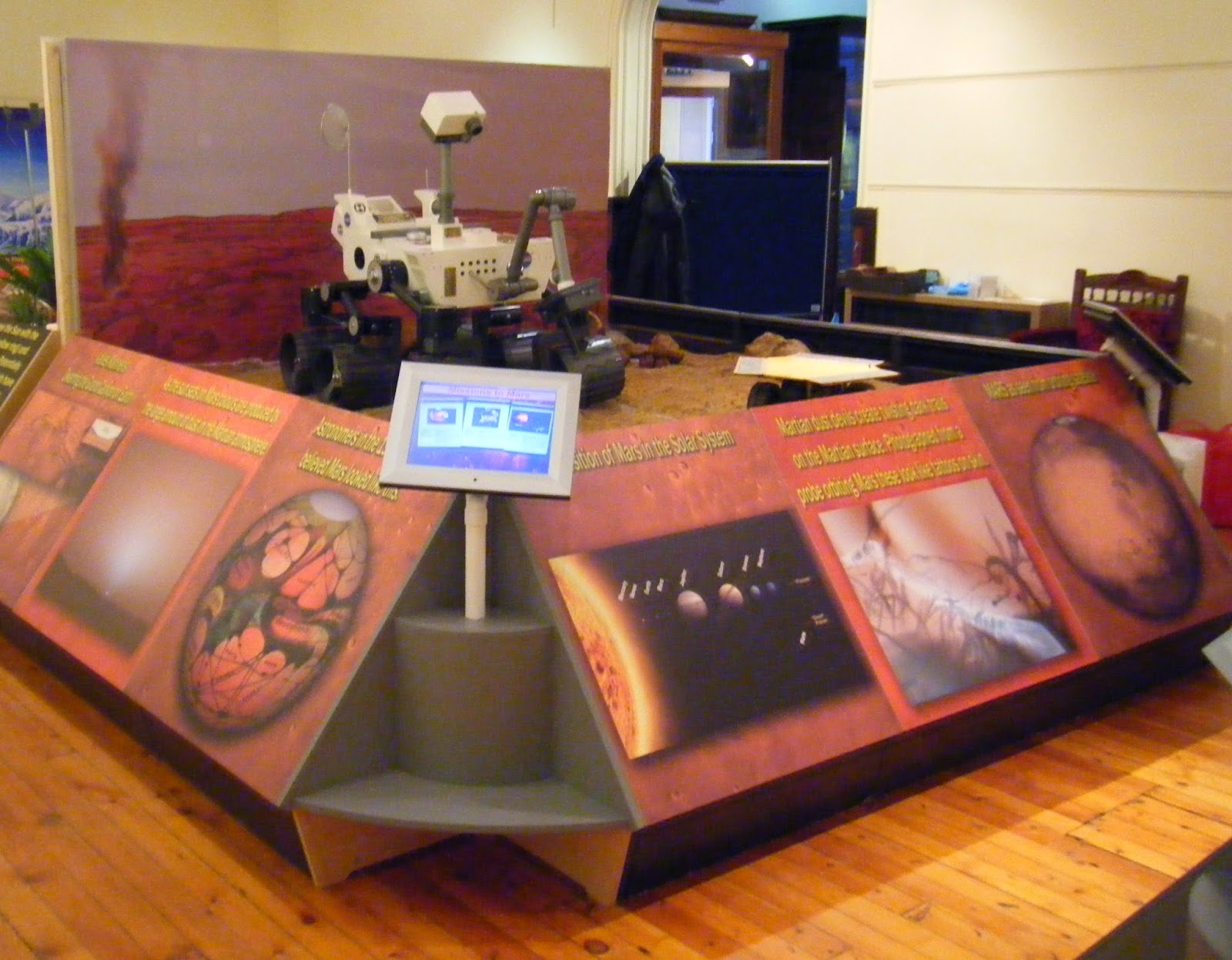 The pod which is full size measures 4 metres square but they can be designed to fit the floor space in any museum or science centre.

In addition there will be a one sixth scale model of a pod showing the International Space Station (ISS) where Tim Peake will become the first British astronaut to visit the ISS in 2015.