On August 18th 1877 the moon Phobos was discovered orbiting Mars


Discovery of Phobos
Phobos the larger of the two small moons of Mars was discovered by the American Asaph Hall at the U S Naval observatory in Washington on August 18th 1877. Hall also discovered Deimos, Mars's other and smaller moon, a few days earlier on 12 August 1877. 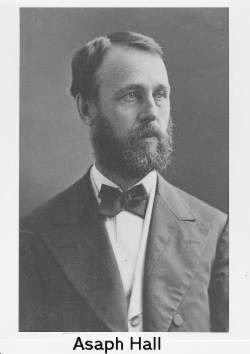 They were discovered because Hall`s wife Angeline Stickney Hall was convinced there were moons orbiting Mars. She kept prodding her husband to search for the moons and following her encouragement he finally he found them.

His wife could not use the telescope to search for the moons because under the rules of the day a woman was not allowed to be in the observatory on her own, it was considered too dangerous and it was certainly not permitted for her to be on her own with a male colleague in the observatory.  This made life  a little difficult for women astronomers in the 19th century. 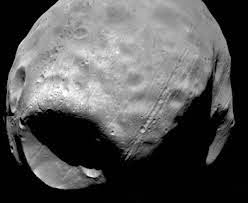 The moons are very small and quite possibly are captured asteroids. The larger Phobos has an enormous crater which is called Stickney after his Asaph Hall’s wife.
In an uncanny prediction, Jonathan Swift’s satire Gulliver’s Travels published in 1726 refers to the astronomers of his fictional land Laputa having discovered two moons of Mars.

It was 150 years after the publication of Swift’s book that two moons of Mars were actually discovered!
Posted by Astrognome at 01:53