On This Day
10th March 1977 Discovery of Rings around Uranus 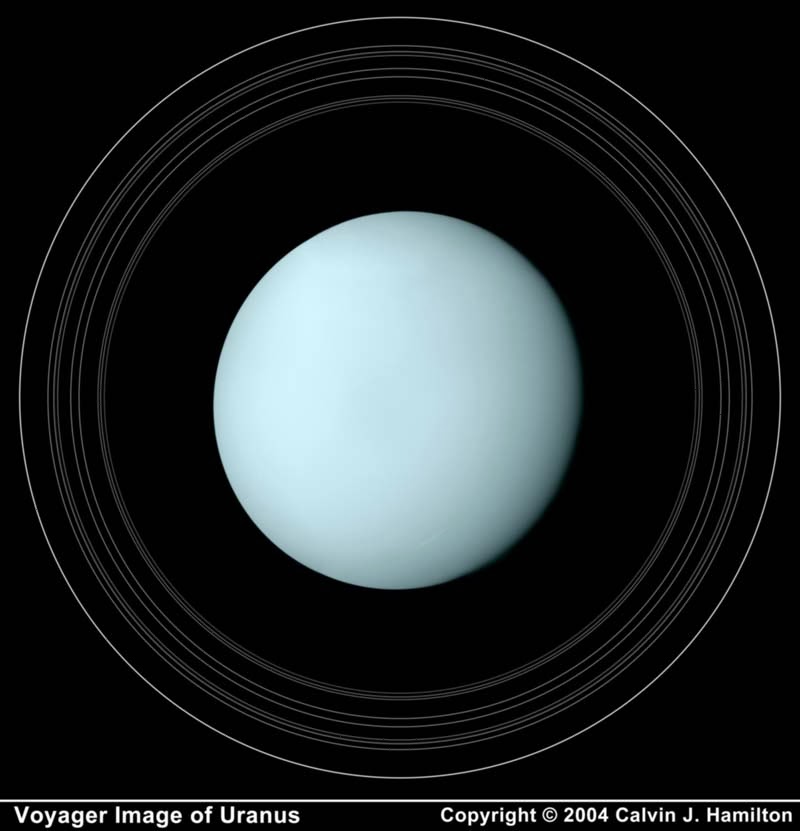 The planet Uranus was discovered in 1781 by William Herschel. In  1789 Herschel  thought he had detected a faint ring system around the planet. But this was never confirmed. Nearly 200 years after its discovery a faint ring system was discovered around Uranus. On March 10th 1977 The planet was observed by the Kuiper airborne observatory to pass in front of the star SAO 158687 and the star winked several times before and after Uranus passed in front of the star. Thus confirming the existence of the rings.  In 1986 when the Voyager 2 space craft passed by Uranus photographs of the ring system were sent back.