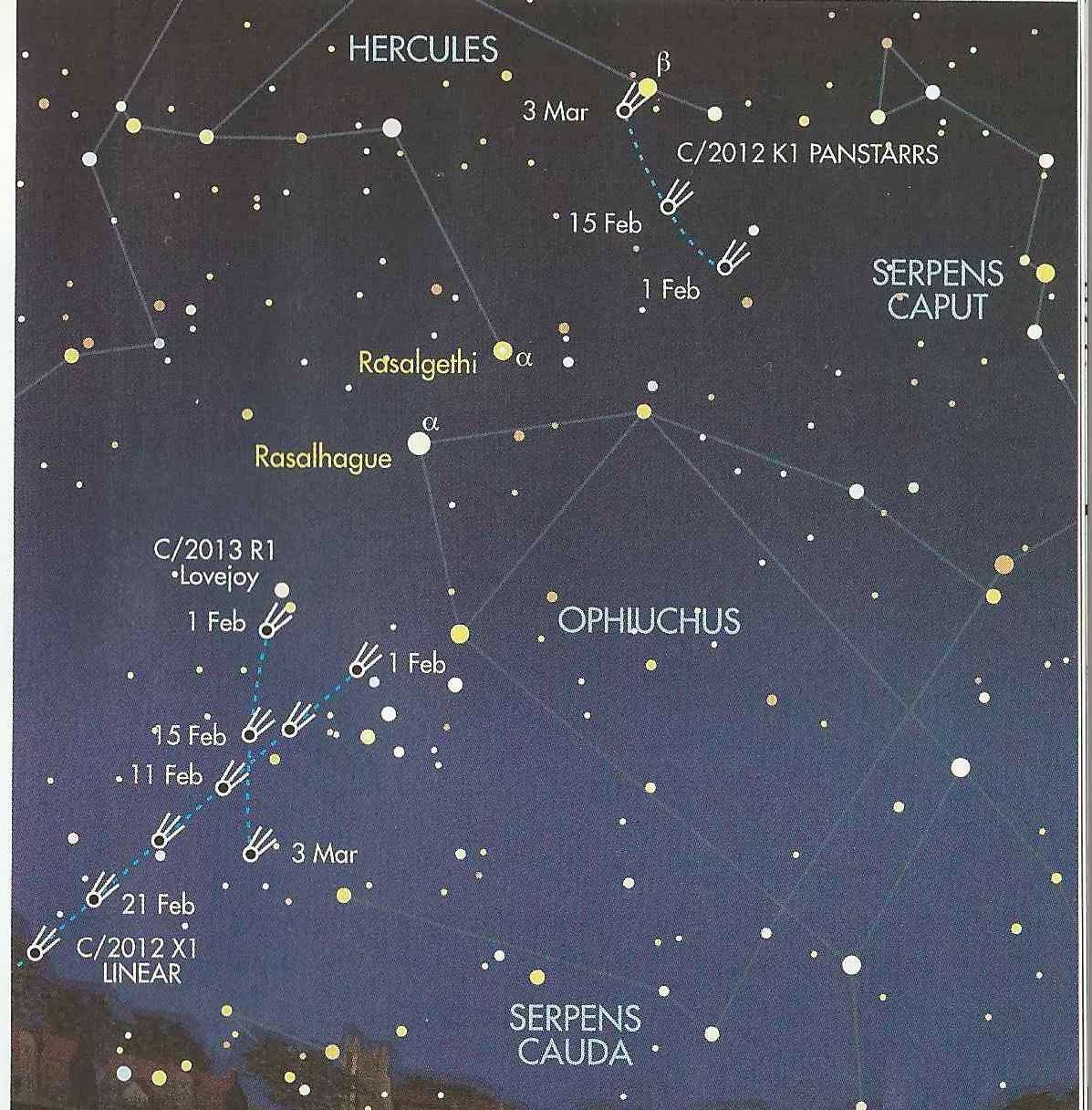 On the morning of February 4th early risers at around 05.50UT get the chance to view through telescopes no fewer than 3 comets brighter than magnitude +12. These are C/2013 R1 Lovejoy, C/2012 X1 Linear both in Ophiuchus and C/2012 K1 PANSTARRS which is in Hercules.

On This Day
February 4th 1964 Valentina Tereshkova arrives in London. 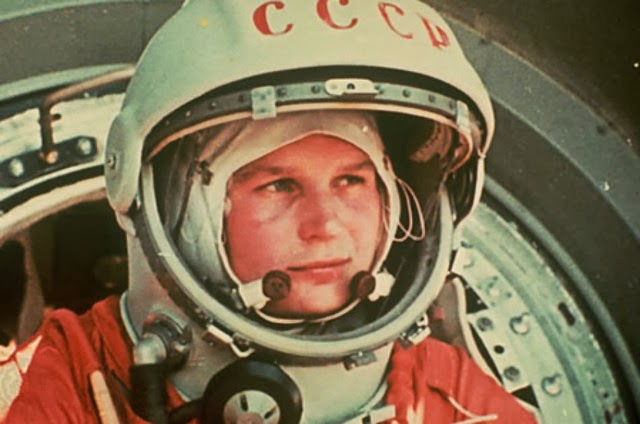 Valentina Tereshkova the first woman in space, she flew in Vostok 6 on June 16th 1963 arrived in London for a planned 3 day visit organised by the British Interplanetary Society
Posted by Astrognome at 03:13