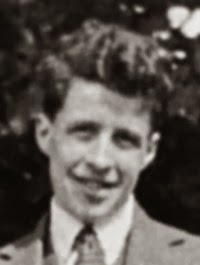 James Stanley Hey was born in Nelson, Lancashire and became a physicist and a pioneer radio astronomer. He noticed a connection between radio interference and Solar flares in 1942 about the time of the channel dash by German Battle-cruisers in WW2. He concluded that jamming was not caused by the Germans but due to the Sun.

Later, in 1945, Hey used radar to track the paths of  V2 rockets approaching London. When the V-2 attacks ceased, the echoes did not; Hey concluded that meteor trails were responsible and that radar could be used to track meteor streams, by day and night.