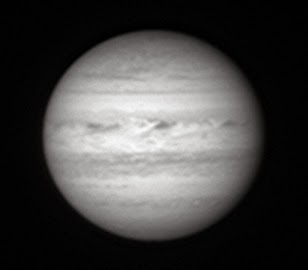 Jupiter the largest of the planets in our solar system is at opposition tonight. Opposition is the termed used to describe when a planet is at its closest point directly opposite the Sun in the sky. It actually occurs at 21.01UT on Jan 5th.  Jupiter will easily be visible all night.

On this Day
January 5th 1905, the moon Elara was discovered at Jupiter. 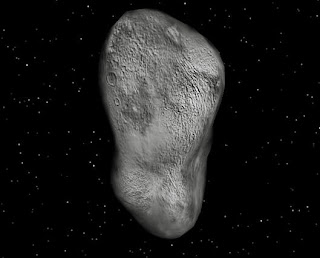 The Moon Elara was discovered at Jupiter by Charles Perrine at Lick Observatory. Elara is the 8th largest moon orbiting Jupiter.
Posted by Astrognome at 08:54