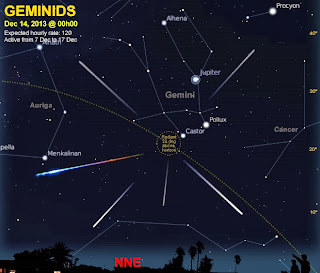 On the night of December 13th/14th the Geminid meteor shower will be at its peak with around 100 meteors per hour visible. 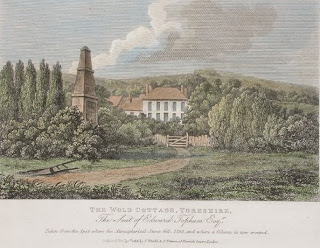 At around 3 pm on the afternoon of December 13th 1795 a meteorite landed near the village of Wold Newton in East Yorkshire, England. It made a crater about 3 feet wide (1metre) and 6 inches deep (180mm). It weighed about 56 pounds (25kg). People thought that the sound of the detonation was like a canon firing. The local militia turned out because the thought a French warship was bombarding the coast.

The meteorite is now on display at the British Museum.
Posted by Astrognome at 05:08