If it is clear tonight the waxing moon is about 8 degrees to the north west of Venus. 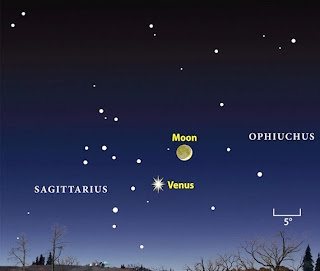 To get some idea of how far 8 degrees is simply use your hand as a rough guide to distances. (see chart below for guide) 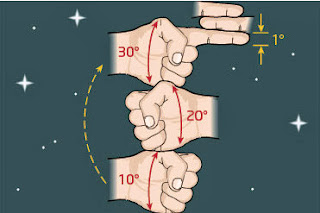 Comet Holmes (red arrow) was discovered by British amateur astronomer Edwin Holmes while he was observing the Andromeda Galaxy. It was fairly ordinary being just visible to the naked eye. 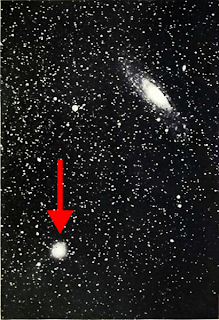 Comet Holmes was to become more notorious over 100 years after discover because   between October 23rd and 24th 2007 the come suddenly increased in brightness to become easily visible with the naked eye. There are various suggestions from a cosmic impact in space to an explosion of gases on the comet. Comet Holmes briefly became the largest object in the solar system when the coma the large ball of gas around the comet became larger than the Sun. 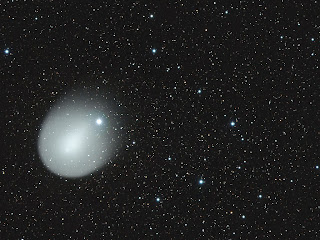 The UN Committee on the Peaceful Uses of Outer Space determines to establish a working group to decide on the planning for an international conference on the first 10 years of space research to be held in 1967 as proposed by the Soviet Union. 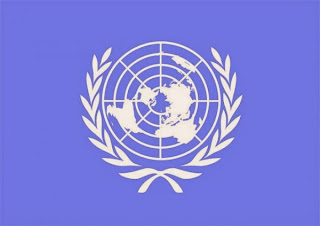