The Discoverer 8 spacecraft consisted of a main satellite body and a separable re-entry vehicle containing a recovery capsule. It was designed to test launching techniques, propulsion, communications, orbital performance, engineering, and recovery techniques. The spacecraft was successfully put into a near-polar orbit by the Thor-Agena A booster. After 15 orbits the re-entry vehicle was separated from the main body by ground command and the capsule released over the Pacific Ocean for descent to Earth. The descent parachute failed to deploy and the capsule impacted the ocean outside the planned descent area and was not recovered. 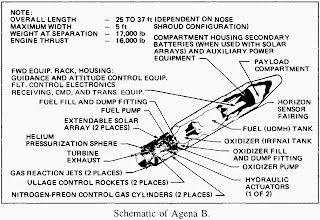 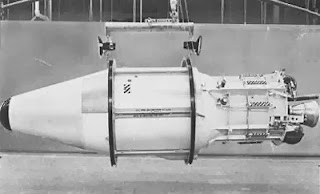 An example of a Discoverer capsule
Posted by Astrognome at 09:28