In the sky tonight

Comet Encke and Comet ISON will be 2 degrees apart in the morning sky low in the south east. 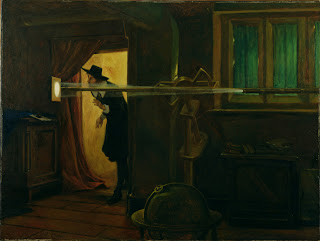 Jeremiah Horrocks watched the first ever seen Transit of Venus.

Jeremiah Horrocks (1618 – 3 January 1641),  was the only person to predict the transit of Venus in 1639, an event which he and his friend William Crabtree were the only two people to observe and record. His treatise on the transit, Venus in sole visa, was almost lost to science due to his early death and the chaos brought about by the English Civil War, but for this and his other work he has since been hailed as the father of British astronomy.