William Frederick Denning (25 November 1848 – 9 June 1931) was a British astronomer  who achieved considerable success without formal scientific training.
Denning devoted a great deal of time to searching for comets, and discovered several including the periodic comet 72P/Denning-Fujikawa and the lost comet D/1894 F1. The latter was the last comet discovered on British soil until the discoveries of George Alcock.
Denning also studied meteors and novas, discovering Nova Cygni 1920 (V476 Cyg). He won the Gold Medal of the Royal Astronomical Society in 1898. 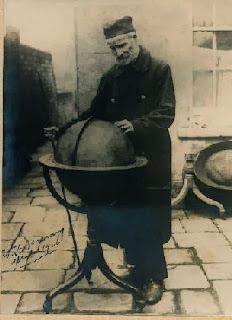 It was announced that an Apollo spaceflight tracking station will be built  near Honeysuckle Creek 25 miles southwest of Canberra, Australia. 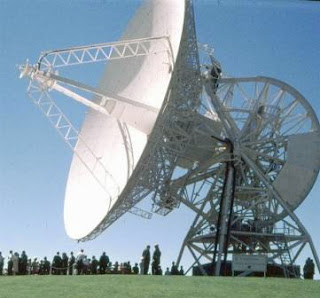 WikiMiniAtlas
﻿ / -35.58361; 148.97667﻿ (Honeysuckle Creek) The station was opened in 1967 and closed in 1981.Its most noted achievement was providing the world with the first pictures of the Apollo Moonwalk on Monday, July 21, 1969. Apart from the television pictures they provided, Honeysuckle Creek had voice and telemetry with the lunar and command modules. Much of this was dramatized in the 2000 Australian film The Dish.