A Cooke at the Bank in Liverpool

A Cooke at the Bank in Liverpool

James Leigh 1838- 1895 was born in Liverpool was a banker by profession, and from 1876 until his death he was the manager of the Metropolitan Bank of England and Wales. He was particularly interested in observing the Moon and double stars. 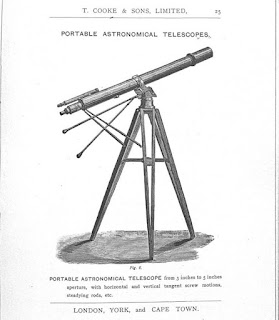 He had a 4 inch Thomas Cooke and Sons telescope and his address was given as Bank, King Sttreet Liverpool.