The 7th Moon of Jupiter discovered with the Crossley Reflector

The 7th Moon of Jupiter discovered with the Crossley Reflector

On January 2nd 1905 C D Perrine using the 36 inch Crossley Reflector discovered the 7th moon of Jupiter which is now called Elara. The name Elara comes from one of the lovers of Zeus. The moon has a diameter of 79 km and is the 8th largest moon of Jupiter. 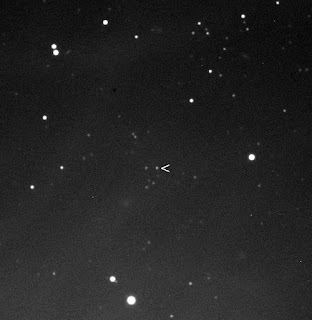