Captain Scott, The South Pole and a Cooke

Captain Scott, the South Pole and a Cooke

However what is perhaps less well know is that Captain Scott and his team took a light weight theodolite specially made by Thomas Cooke of York with him the mark the position of the south pole. It was one of only 6 of these special theodolites made by Cooke’s for the expedition. 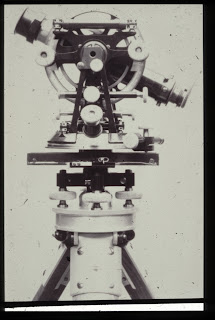 When the rescue team found the bodies of Scott and his team in their tent they also found the Cooke theodolite that was used by Scott to mark the south pole.

This instrument was on display at the physics department at the University of York, however I cannot say if it is still there today.