A Remarkable Meteor seen from Liverpool

A Remarkable Meteor seen from Liverpool

On January 9th 1871 at 10 h and 10 mins, R C Johnson (a former President of Liverpool Astronomical Society) of Warrenside, Blundellsands, Liverpool while observing Orion with his telescope was startled by the glare of a meteor in the observatory. He quickly moved to the slit and saw a splendid cluster of meteors pass rapidly across the constellation moving from east to west in a line nearly parallel to the equator, about half way between the belt and shoulders. 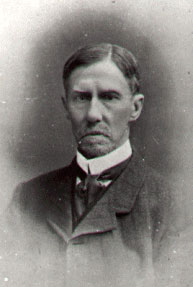 Johnson said that the meteor was visible for 5 seconds of which I only saw it for the last 2 seconds; it left a broad short train, which faded in about 3 more seconds. 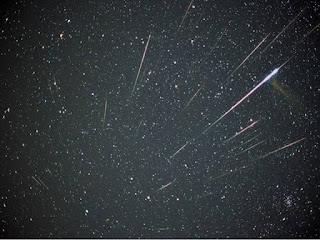 The meteor consisted of detached portions, making up a globular cluster of about the size of the moon. In that space I estimated roughly that there were 8 to 12 separate meteorites.

The sky was clear, and the moon was just 3 days past full, very bright and I estimate the light of the meteor to have been about 1.5 times that of the moon; it’s colour was nearly that of the mercurial electric blue.