V818 or Scorpius X-1 is located around 9,000 light years away in the constellation of Scorpius the Scorpion, it was the first extra solar X ray source discovered outside the solar system, this was in 1962 by an Aerobee rocket. Apart from the Sun it is the strongest X ray source in the sky. 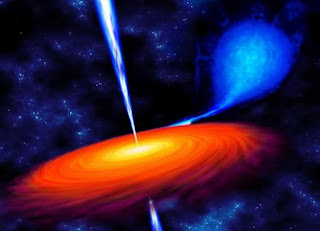 V818 has a visual brightness of magnitude 12.2 which can vary by about a magnitude within a 24 hour period. Scorpius X 1 is a neutron star which is pulling gas of from its companion star. It had been predicted before the 1967 discovery by Jocelyn Bell of Pulsars that a neutron star was at the centre of this system. V818 or Scorpius X1 is often regarded as a low mass x ray binary system.