This is a semi regular red variable star in the constellation of Hydra the Water Snake that was discovered by S C Chandler at Harvard in 1888. It is one of the rare very red carbon stars and possibly it resembles R Leporis. Dr Copeland at Dunsink in March 1876 described as a ‘brown red star’ Both V Hydra and R Leporis are both low temperature giants who show carbon in the spectrum. 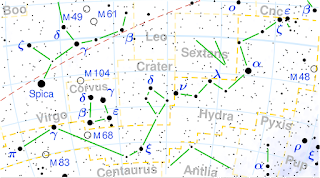 V Hydra appears on many lists of unusually red stars long before it was discovered to be variable. The star varies between magnitude 6.0 to 12.3 and varies with a period of about 530 days but then around every 16 years it fades down to magnitude 12.0. 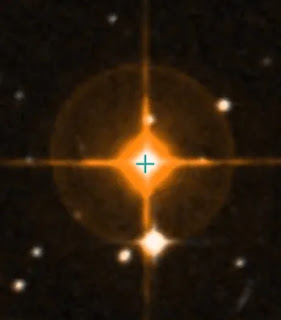 The star lies at a distance of around 2,000 light years. There appears to be a companion star which orbits the primary star every 8.5 years.