Astrognome 100 Great Stars No 91 U Gemini

A remarkable variable star discovered by J R Hind in 1855. U Gemini can be found in the constellation of Gemini the Twins. It is a classic example of a dwarf nova. It is referred to as an irruptive variable and might sometimes be known as a cataclysmic variable. 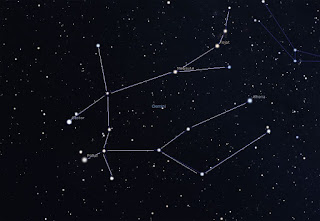 Normally shinning at a magnitude of around 14 every few months it brightens to magnitude 9. The period between brightening on average every 102 days. Having said that it is its average, U Gemini can vary in brightness between 62 and 257 days.