In 1884 the Rev T E Espin published in the Transactions of the Liverpool Astronomical Society ‘ A Catalogue of the Magnitudes of 500 stars in Auriga, Gemini and Leo Minor’ which have been determined from photographs taken by means of the equatorial stellar camera at the society’s observatory. 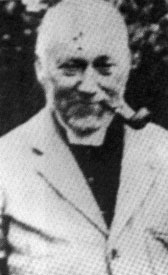 The apparatus was placed at the disposal of the society by the telescope maker Mr Howard Grubb. The magnitudes determined from the photographs are entirely based on those of Argelander. It is stated that the deduced magnitudes of 341 stars out of 500 agree within 0.4 magnitude with those of Argelander. There were however 25 cases when the difference was a whole magnitude.

Mr Espin commented that near the minimum visibility the bluer stars alone are photographed, the yellowish ones disappearing.