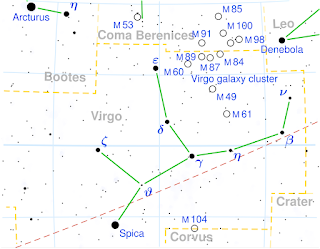 To find Spica draw a line from the three stars that form the handle of the Plough follow the curve round and down you will reach the bright star Arcturus in Bootes, then continue the curve until you reach Spica.

Spica shines with a magnitude of 1.0 and is a B class star meaning that it is hotter than the Sun. Spica lies at a distance of about 250 light years. It was discovered in 1899 that the star is a double. As Spica is in the zodiac planets can pass in front of it. The last time a planet passed in front of or occulted Spica was by Venus in 1783. 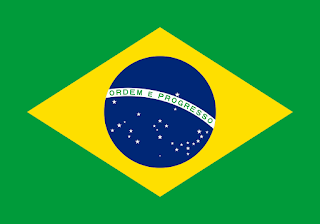 Spica can be seen on the flag of Brazil, there are 27 stars which represent the night sky on the night of independence. Spica is the only star which is above the white band. It symbolises the only part of the territory above the equator.