Omega Centauri or NGC 5139 is the largest and brightest globular cluster in the sky, it is so bright that it was first catalogued in 150 AD by Ptolemy and it was Bayer in 1603 who gave it the Greek letter omega. The cluster is about 12 billion years old and contains about 10 million stars. 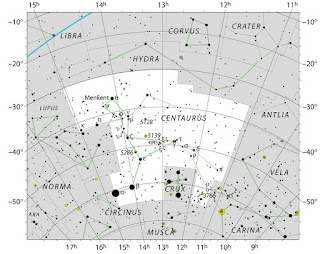 It appears as a magnitude 3.7 star and is one of the few globular’s visible to the naked eye. It is 15,800 light years away and has a diameter of 150 light years and contains around 10 million stars. It has been suggested by astronomers that omega is the core of a dwarf galaxy that was disrupted and absorbed by the Milky Way Galaxy. 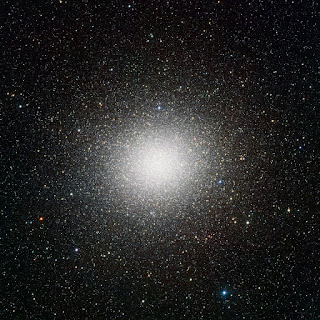 It was in 1826 that James Dunlop at the first astronomical observatory at Parramatta recognised it as a globular cluster. Dunlop described it as a beautiful globe of stars very gradually and moderately compressed to the centre.