On October 24th 1863 Mr Baxendell in Manchester announced the discovery of a new variable star in Delphinus with a magnitude of 8.6. By December it had fallen to magnitude 12. After conjunction with the Sun it was found again on July 29th 1864 as a magnitude 13 object. From then until September 5th it rose to magnitude 8.4. 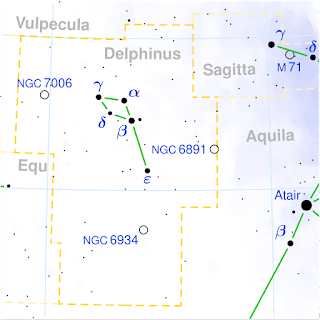 Although not given a variable star designation at the time I believe this star is Z Delphinus a long period variable star with a period of 304 days and varying between 8.3 and 15.3