On October 9th 1871 a very large dark spot was seen in the bright zones bounded by the bands 2 and 3. This spot had also been seen earlier by Gledhill in November 1870. 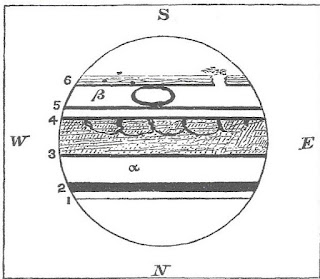 He was using the 9.3 inch Cooke telescope at Edward Crossley’s Observatory at Park Road Halifax. 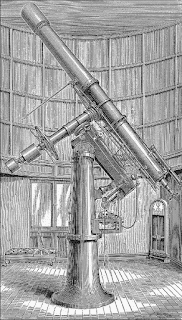 The 9.3 inch Cooke will be moved to Bermerside in Halifax in the early 1870s and then to the Carter Observatory in New Zealand in the early 1900s.