A globular cluster in the constellation of Tucana the Toucan a southern hemisphere constellation. It can be seen with the naked eye as a magnitude 4.1 object. It lies at a distance of 13,000 light years and is 120 light years across. It is the 2nd brightest globular in the sky after omega cenaturi, 47 Tuc contains millions of stars. 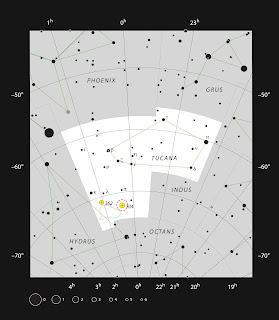 It was first seen by the French astronomer Nicolas Louis de Lacaille in 1751 while he was observing the sky from South Africa. However it was the German astronomer Johann Elert Bode who gave it the number 47 in his star catalogue published in 1801. 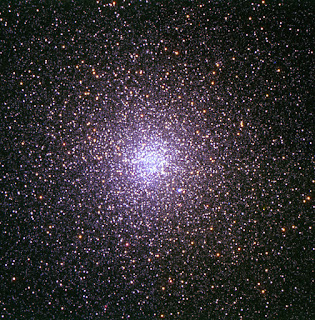