We speculate about life in the universe and today using giant telescopes on Earth and orbiting satellites we know of over 4,000 planets orbiting around other stars.

On October 6th 1995 two Swiss astronomers observing the star 51 Pegasi discovered the first planet to be found orbiting a star. The star 51 Pegasi is a 5th magnitude star in the constellation of Pegasus, The Flying Horse. 51 Pegasi is a G2 dwarf star with a surface temperature of 5,600 degrees only slightly cooler than the Sun and lies at a distance of around 50 light years. 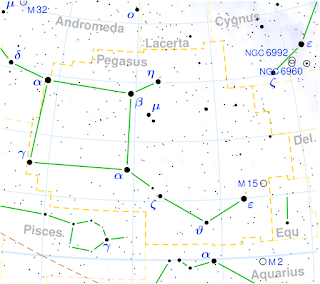 The planet which is known as 51 Pegasi b orbits very close to its parent star being only around 7.5 million miles away, (by comparison Mercury the closest planet to the Sun is 36 million miles away). 51 Pegasi b and is believed to have a surface temperature of around 1,200 degrees and takes just over 4 days to orbit. 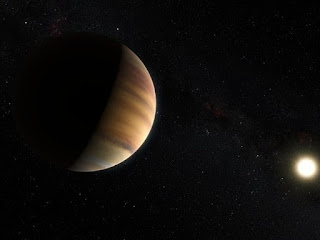