1881 BA meeting in York and Cookes

1881 BA meeting in York and Cookes

Messrs Thomas Cooke and Sons of York had a display of scientific instruments for the meeting of the British Association for the Advancement of Science. It was the 50th anniversary meeting in York. The first was held in York in 1831. 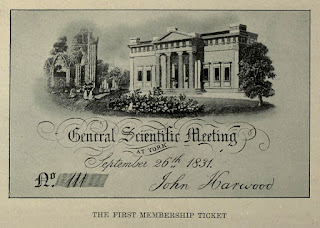 Cookes had on display an achromatic telescope OG of 15.5 inches in a brass cell. In addition there was a transit instrument and a large fixed equatorial telescope for the Spanish Transit of Venus expedition in 1882.

There was also an electrically controlled chronograph for recording astronomical observations. In addition a solar spectroscope with 5 prisms and double ray reversion equal to 20 prisms.