Alpha Gemini, Castor which means the ‘Horseman’ is one of the twin sons of Zeus and Leda in Greek mythology, the other is Pollux and the pair form a prominent pair just over 4 degrees apart, Castor is slightly fainter than Pollux. 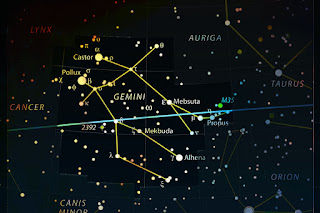 In classical Greek Castor and Pollux were often identified with St Elmo’s fire which can be seen in the riggings of ships, it is electrical discharges during storms. It was always seen by sailors as omens of good luck helping the mariners to safely reach port. 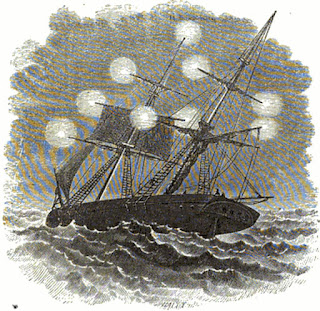 Castor can be seen as a star of magnitude 1.9 and is 51 light years away, and it is an A3 class star hotter than the Sun. Castor appears to the naked eye as a single star bit in fact it is a star system made up of no less than 6 stars.

Castor was probably seen as a double star as early as 1678 by Cassini there is also a faint red dwarf star which is part of the system it is a variable star with the designation of YY Gemini. And just to complicate the situation even further each of these three stars is a double itself which explains why there are 6 stars in the Castor star system