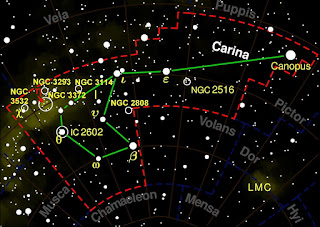 The fact that it could be seen from Alexandria but not Athens was one of the arguments put forward by Greek astronomers that the Earth must be round. 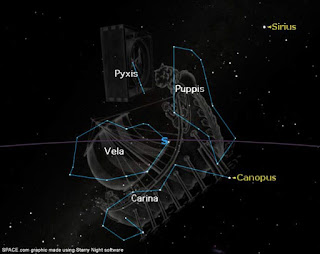 The legendary Canopus was a character in the saga of the Trojan war, he was the pilot of the ship which carried King Menelaus home after the fall of Troy.

Canopus lies at a distance of 310 light years and is an A9 giant star with a surface temperature of around 7,300 degrees.

Canopus is used as a star tracker for space craft and was used in 1964 by Mariner 4 which was the first space craft to successfully fly by the planet Mars. Incidentally it also changed scientists’ views of what Mars might look like from close up.