September 10th 1784 was a night to remember in the city of York because Beta Lyrae was found to be variable by the deaf astronomer John Goodricke who was observing from the Treasurer’s House in the city. It was the same night that Edward Pigott also observing from the city of York on that same night discovered that eta Aquila was also a variable star. When I was Curator of Astronomy at the Yorkshire Museum in York I christened these two the ‘Fathers of Variable Star Astronomy’.

Until this night only 5 variable stars were known, yet these astronomers increased the number by 2. 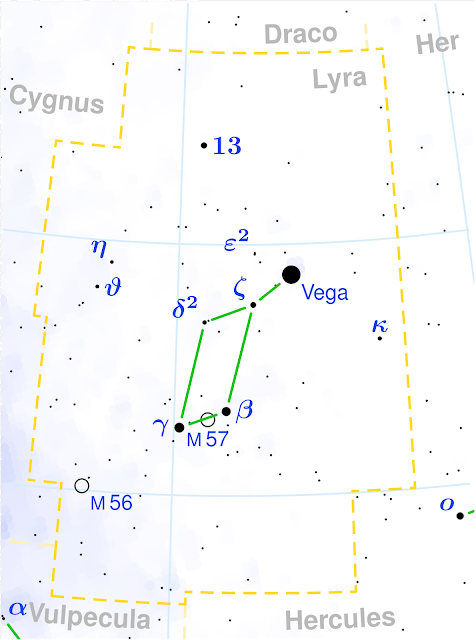 If you look at the constellation of Lyra which is named after the musical instrument the Lyre you cannot fail to notice the bright star Vega which is overhead in summer nights as seen from Britain, it is one of the summer triangle stars. Just below Vega you will see a little parallelogram of four fairly bright stars.

Beta or to give its proper name Sheliak which means ‘Lyra’ varies in brightness between magnitudes 3.4 to 4.3 over a period nearly 13 days. Sheliak is not a single star, there are two stars, it is a binary system. We can only see one of the stars. The two stars are both B class stars much hotter than the Sun, the pair lay around 960 light years away.

The two stars are eclipsing each other in a very regular way. John Goodricke explained the variations of Beta Persei or Algol, by stating that there must be two stars eclipsing each other causing the light variations. He was of course quite right. Goodricke was not only able to identify Sheliak as a variable he also worked out its light range and period between maximum brightness. Goodricke thought that the light variations made the star appear similar to Algol. 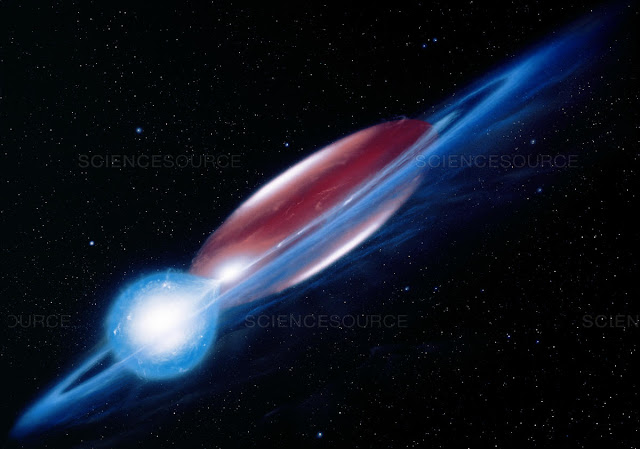 The two stars are very different, Goodricke could not know that this system is very bizarre. The two stars are so close to each other that the gravitational pull from each star actually pulls them both out of shape. They are pulled into egg shaped stars. Astronomers refer to see stars as ellipsoidal variable stars. Beta Lyrae is the prototype for this class of variable star.