The Cooke Factory in York and Women Workers

By the mid 1930s the various Thomas Cooke buildings in York were old and small and dispersed over different sites. It was decided to concentrate on one new site. In 1937 managers looked for a new site and decided on a site on Haxby Road about 1.6 miles from the railway station.

The new site opened n 1939 and quickly production turned from civilian to military optical products. Demand was such that by 1943 seven floors of the nearby Rowntree's factory was taken over and the original workforce of 995 increased to a peak number of employees of 3,036 of these 1,184 were women on August 27th 1943. 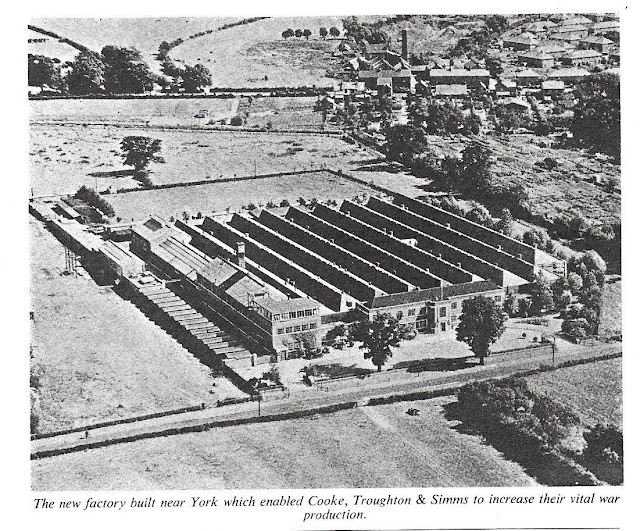 After World War 2, the Haxby Road works returned to producing microscopes and surveying equipment. In 1963 the firm was taken over by Vickers Instruments and in 1989 it had moved into the production of electronic and software equipment and was sold to the American firm Bio Rad Measurements.

With the downturn in work the Haxby Road works was closed and demolished in 2008.