Achernar is the brightest star in the long winding constellation of Eridanus the River which begins close to Orion and ends in the far south. Achernar is so far south that it cannot be seen from Britain. 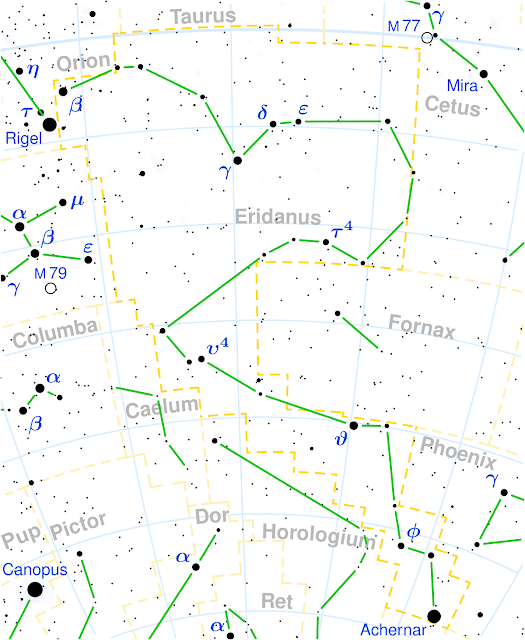 Achernar lies around 140 light years away and is much hotter than the Sun, and is the 9th brightest star in the sky. Its name is derived from Arabic and is referred to as the ‘Star at the end of the River’.

We normally think of a star as a sphere of hot spinning gas but Achernar spins so quickly that it is pushed out of shape so it appears more like an oblate spheroid. It is quite possible the least known spherical star in our galaxy.  Achernar is around 10 times the diameter bigger than our Sun. 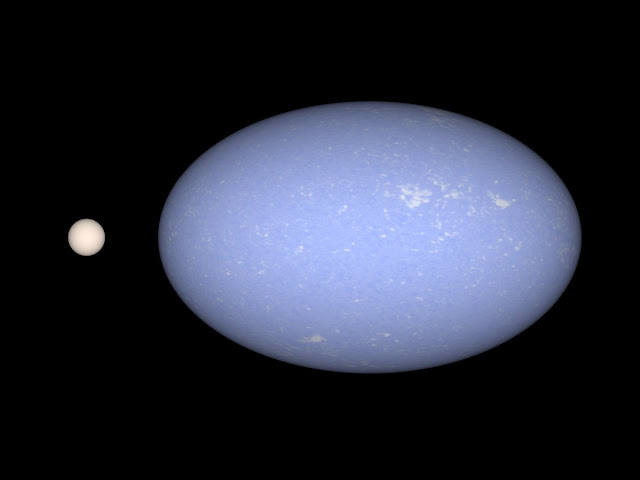 There is something of a mystery here because the star Acamar which is also  in Eridanus and which lies north of Achernar was referred to as the Star at the end of the river by the Greeks. Ptolemy who is often regarded as one of the last Greek astronomers does not mention it suggesting that he never saw Achernar. He could have seen it from Alexandria which further suggests that Ptolemy’s star charts were based on those produced by Hipparchos who live on the Island of Rhodes further north from where Achernar was not visible.

Achernar lies in a very barren part of the sky which makes identifying it very easy and it does definetly mark the end of the river. It also does have the distinction of being the brightest close star to the south pole which is marked by the very faint star sigma octantis.