The third brightest star in the constellation of Orion the Hunter. Bellatrix marks the top right hand star of the fours stars that form the giant rectangle shape of Orion. Bellatrix is a B2 blue giant star with a magnitude of 1.6. It has a surface temperature of 21,000 degrees centigrade and lies at a distance of 250 light years. As far as is known at the moment Bellatrix is a single star. 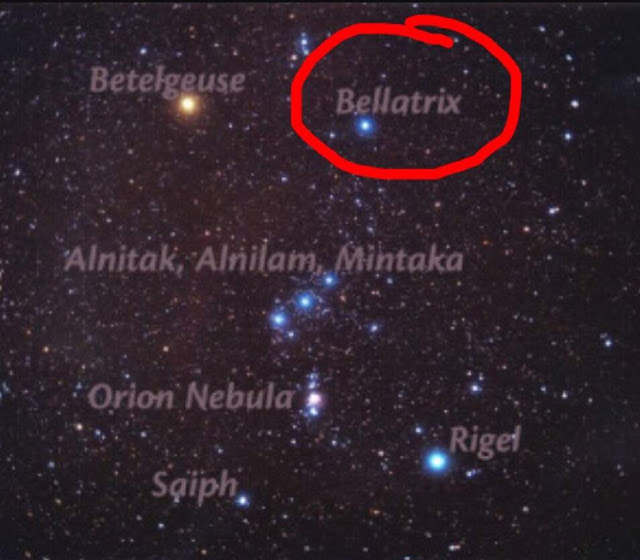 The name Bellatrix means ‘The Amazon Star’ and possible comes from the Arabic Al Najid meaning the conqueror. It is one of the stars that is often used for celestial navigation.

The name Bellatrix has attracted a new audience in recent years as the name is of a character from the Harry Potter stories. Bellatrix Lestrange is a cousin of Sirius Black. Sirius is of course the name of the brightest star in the sky. Which makes one wonder if J.K. Rowling had an interest in astronomy as quite a few characters have star names.