Moses Holden and the Eclipse of 1842

Moses Holden and the Solar Eclipse of 1842

On July 8th 1842 the Preston astronomer Moses Holden observed a partial eclipse of the Sun. The eclipse was at maximum at 05.47 and about 75% of the Sun was covered by the Moon.

Although the first part of the eclipse was not seen from Preston due to cloud but the cloud had cleared by mid eclipse. Holden reported seeing mountains on the Moon around its edge as it passed in front of the Sun.

Moses Holden was clearly a very careful astroonmer as he reported to the local paper that they would have to revise the timings of the eclipse as his watch was seven and five/tenths of a second fast. 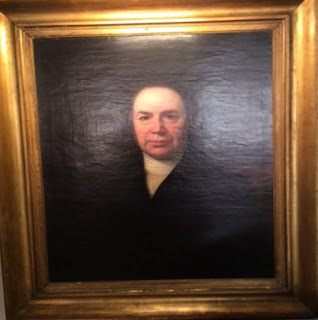