Astrognome Scrapbook Will Hay and the White Spot on Saturn

Great white Spot on Saturn and Will Hay

Will Hay the celebrated British star of comedy films portraying characters such as school masters and station masters was also a very good astronomer. 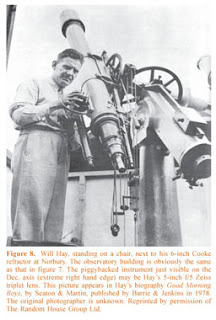 On August 3rd 1933 using a 6 inch Cooke refractor he discovered a white spot on Saturn. The spot was confirmed by astronomers at the US Naval Observatory in Washington using the 26 inch refractor. 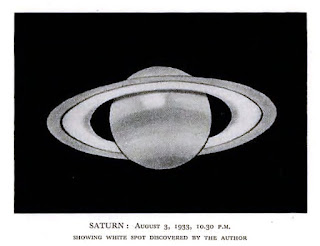 The most recent white spot on Saturn was seen in 2010.