George Alcock possible Britain’s greatest naked eye observer of the night sky discovered his second comet on August 30th 1959.  This was just two days after his 47th birthday. Yet just 5 days earlier  he had discovered his first comet. 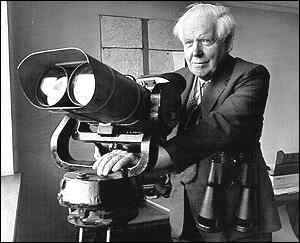 Alcock’s first comet was discovered in Corona Borealis his second was in Cancer. He had spent 6 years sweeping for comets and had found two in 5 days. His first discovery was the first from Briatin since WF Denning discovered a comet in 1894.

After a 65 year dearth of British comet discoveries (and not for the lack of people trying) the discovery of two British comets in a week was, and still is, a fairytale event.


George Alcock would go on to discover another 3 comets not to mention 5 novae!!