On July 4th 1054 Chinese astronomers saw a bright star appear in the constellation of Taurus the Bull, This would become arguably one of the most famous stars. This was a supernova. The star would be visible for 653 days, nearly two years. A supernova is a star that destroys itself in a massive explosion. 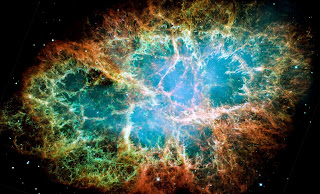 The crab nebula has the designation M1, the French Comet hunter Charles Messier drew up a catalogue of nebulous looking objects to avoid being confused with comets. Most of his comets are now forgotten but his catalogue is still remembered and used by astronomers today with the crab nebula being the first in the list.  Today astronomers have trouble seeing an image of a crab!

In 1844, British astronomer William Parsons, the third Earl of Rosse, using the 72 in telescope at Birr Castle in Ireland sketched the nebula. The resemblance of the image to a crustacean led to M1's other name, the Crab Nebula. 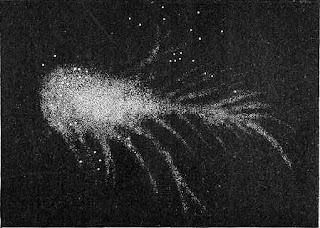