The Rings of Uranus 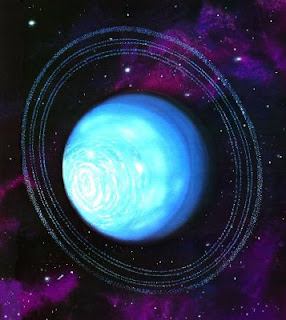 When the Voyager 2 spacecraft passed by Uranus in 1986 the number of rings identified increased to 13.
Posted by Astrognome at 02:29