On March 23, 1779, from Frampton House in Glamorganshire discovered a "nebula" in Coma Berenices, which later became known as M64 (Pigott 1781). Today M64 is known as the Black Eye Galaxy. This discovery occurred just 12 days before that by Bode and roughly a year before Messier's independent rediscovery of this object. 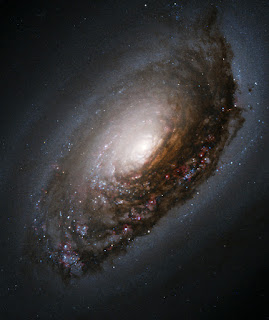 Pigott when he moved to York in 1781 would work with John Goodricke the deaf astronomer where they would become the ‘Fathers of Variable Star Astronomy’.
Posted by Astrognome at 10:59